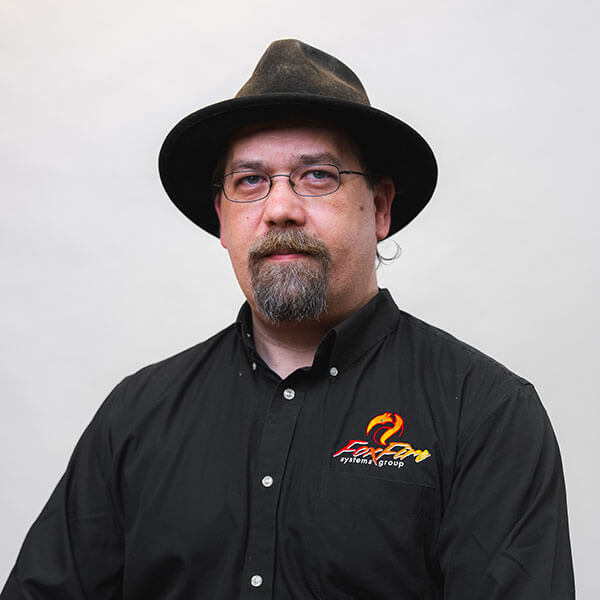 Keith has been with Foxfire Systems Group since 2010 and has the position of IT Professional. He handles setting up and maintain servers and databases, workstation and printer support, and Tier 2 IT support, although his responsibilities vary daily.

Keith attended South Dakota State University where he majored in both Computer Science and Mathematics. After college, Keith was a member of the US Army. He was stationed in South Korea and then Fort Campbell, Kentucky. He was deployed to both Iraq and Afghanistan. During his time at Fort Campbell, Keith was the Information Management Officer for his company.